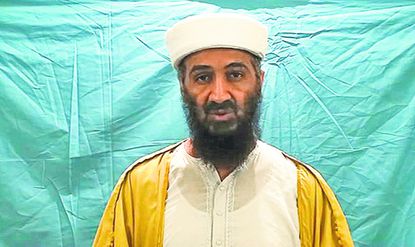 The White House on Sunday released a photo of President Donald Trump and Vice President Mike Pence watching from the Situation Room as USA troops carried out a raid of Abu Bakr al-Baghdadi's compound in Syria, that ended with the ISIS terrorist group leader killing himself with an explosive vest.

A source close to Trump has said it is one of the President's favorite insults to accuse his enemies of "being weak and just crying all over the place".

"He reached the end of the tunnel, as our dogs chased him down", U.S. President Donald Trump said Sunday.

'I know the president had planned to talk down to the unit and unit members, ' General Milley said. "No", Trump said in response to whether he had to make decisions on the fly. But the feeds did not have audio, nor did they show what was happening in the underground tunnel where al-Baghdadi was killed.

Trump has made similar claims before.

Facebook suspends Russian Instagram accounts targeting U.S. voters
With the U.S. presidential election barely a year away, Facebook is still working to get its house in order. The company will start labelling state-controlled media on its page and in the site's ad library .

United States officials who also watched the feed have declined to echo details of Trump's macabre account of the Isis's leader death on Saturday, including that Baghdadi was "whimpering, crying and screaming all the way".

Appearing on ABC's "This Week", Esper said he wasn't sure where Trump got "whimpering" from, either.

During World War I, "Sergeant Stubby", described by the New York Times at his death in April 1926 as "only a dog, and unpedigreed at that", was the first dog in U.S. Army history to be granted military rank, according to U.S. Army historical records.

"ISIS and al Qaeda-affiliated groups in Syria disagree ideologically, but now they face a common existential threat from the US and Russian Federation".

"This is a moment where President Trump's worst critics should say, 'Well done, '" Graham said.

But when Ms. Rice was asked whether the Obama administration had followed that normal protocol and told President George W. Bush about the 2011 attack on Osama bin Laden, she was evasive, saying neither "yes" or "no". "Major General Igor Konashenkov scoffed at the changing details of the operation, with Trump adding alleged participants and various countries that supposedly took part in the raid, "each with completely contradictory details", which Konashenkov said "raises reasonable questions and doubts about [the operation's] veracity, not to mention success".