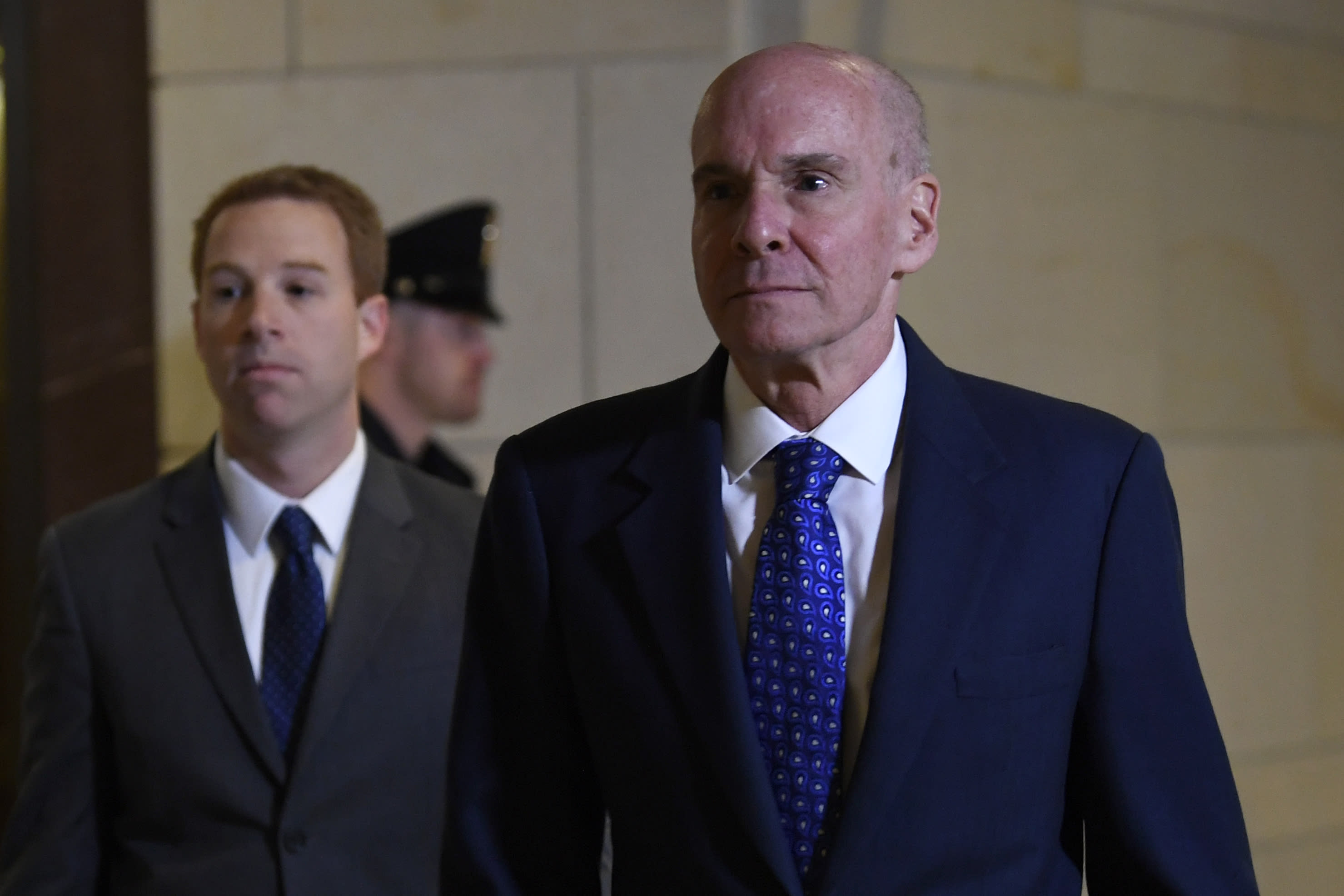 House Republicans deserted the United States President to oppose his withdrawal of troops from Syria, a prelude to a rancorous White House meeting with congressional leaders in which the President insulted Democrats before they walked out.

During the contentious White House meeting, Trump attacked Pelosi, the top Democrat in Washington, and reportedly argued that: "I hate ISIS more than you do".

A few Republicans are starting to say they flat-out won't [defend] it anymore - particularly the president's choice of his Trump National Doral Miami golf resort for next year's Group of Seven summit of world leaders, a selection that will benefit him financially.

The morning after sparring with President Trump in the White House over Syria, House Speaker Nancy Pelosi addressed reporters on Capitol Hill.

U.S. Senator Rob Portman of OH is one of several Republicans who have questioned President Trump's decision to pull U.S. troops out of Syria.

Senator Lindsey Graham, a usual ally of Trump, said on Thursday that he would be continuing with his sanctions legislation in the Senate, despite the agreement.

"All roads with you lead to Putin", Pelosi told Trump during the meeting.

There was no immediate response from the White House.

RASCOE: So you had - you have Democrats and Republicans coming out against President Trump on this move to pull troops from Syria. She said he is having a meltdown.

"I pray for the president all the time and I tell him that". "We've gotten all the major projects underway", he said. While Trump captioned his photo, "Nervous Nancy's unhinged meltdown!"

"It's who he is, it's the way he talks, so, and so in my perspective, was, and it's fine", he concluded, "I respect the Speaker's decision completely that it wasn't a productive meeting".

Pelosi later said that Trump had actually referred to her as a "third-grade politician".

Reporters were not allowed in the meeting Wednesday and CNN does not typically report on photos released by the White House because they can not be independently verified as an accurate depiction of the events in the room.

Democratic "leadership" chose to storm out and whine to cameras, everyone else stayed to work on behalf of the country, Grisham said.

Asked if he was anxious about Trump's wrath, Rooney said he wasn't.

"It is very hard for a Republican to come out and say anything like this because they're going to get attacked at home.You gotta be willing to take the heat, frankly", he said. "I can't explain it to you".