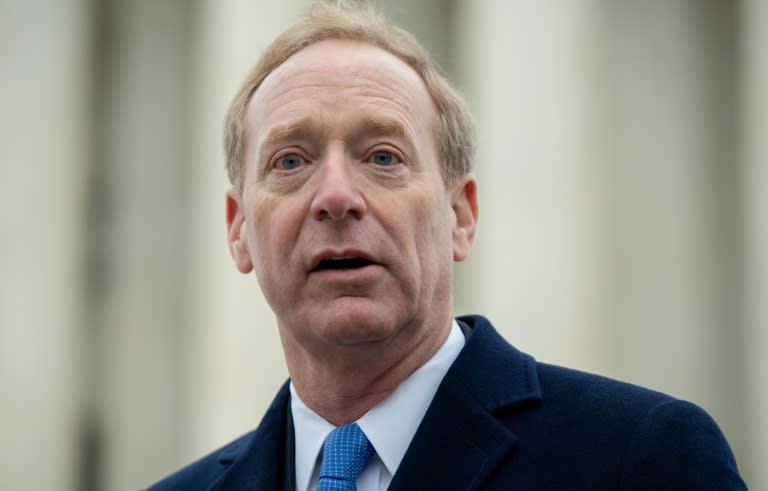 Microsoft President Brad Smith announced in a livestreamed conversation with the Washington Post Thursday that the company does not, and would not, sell facial recognition technology to police departments.

Smith also said the company would review other uses of facial recognition software, which he did not specify.

Members of Congress have noted that facial recognition has been used as part of federal surveillance of the protests and privacy and racial justice advocates have long warned about the technology's use by law enforcement.

Microsoft has develop into the most up-to-date U.S. enterprise to limit the use of its facial recognition technological know-how by police. Given that, we've decided that we will not sell facial recognition to police departments in the United States until we have a national law in place ground in human rights that will govern this technology.

"That's not how we should be launching products that are not what I call "battle tested" into the real world".

President Donald Trump's former acting Director of National Intelligence on early Friday morning said that private companies which refuse to sell police departments the software and technology they want should face "consequences", which would include being barred from obtaining federal government contracts.

She says even if the problem of bias in the systems is ironed out, lawmakers will still need to confront some big questions about facial recognition: "It will change the very nature of power in our society, who has this technology?" And using that to monitor people who participate in protests or who don't social distance.and track them around a city. And not just from privacy advocates: numerous messages of protest have come from the companies that developed much of the technology.

Previously, Amazon halted the sale of its facial recognition software "Rekognition" for one year. "That is the only way to guarantee that we will protect people's lives".

"We have been focused on this issue for two years", that he replied. Smith said Thursday that Microsoft now doesn't sell its face recognition software to any US police departments.